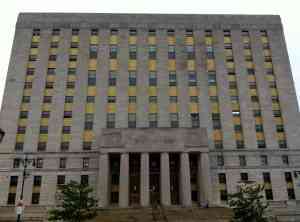 The Bronx, the northern-most part of the five boroughs of New York City, is considered to be the fourth highest populated city and was the last of the counties of New York to be incorporated. Since the 1980's, the Bronx has shown significant redevelopment within communities due to the poor quality of living back in the 1960's and 1970's. The community of the Bronx has been working together in hopes of rebuilding the social, economic and environmental infrastructure of the area by creating affordable housing for all. Housing units have become a popular infrastructure, and are predominantly new buildings due to the demolishing of old buildings and multi-unit housings.

If you are an industrial building owner in the Manhattan area and are looking for an environmental consulting service, contact Jeff Bodell at ProActive Environmental Corp. TODAY! Jeff has over 15 years of experience in mold remediation, asbestos testing and indoor air quality assessments, flood and water damage restoration surveys, as well as occupational safety and health assessments.

Jeff can be reached anytime at 917-620-5546 or via jeff@proactiveny.com! Don't wait until it's too late, call Jeff for an assessment now.